The Encinitas and Balboa Park museums will join forces Sept. 24 and will continue to operate both campuses

In a bid to create a local arts institution at the leading edge of experimentation, inclusivity and cultural conversation, two long-established local museums — San Diego Art Institute in Balboa Park and Lux Art Institute in Encinitas — announced their merger today to become The Institute of Contemporary Art, San Diego.

Launching in September, the new ICA San Diego will present a diverse and boundary-pushing mix of exhibits, installations and public programs in the combined 15,000 square feet of indoor gallery space at both venues and the 6 acres of outdoor space at the Lux location, which will become known as the ICA North campus.

The new institution, with a budget of $1.6 million, will be overseen by a shared board of directors and will be led by executive director Andrew Utt, who has run Lux Art Institute since June 2019.

Utt — who is bilingual and previously lived and curated exhibits in South America — said the newly united board’s goal for ICA San Diego is to create a vanguard arts institution that’s accessible to all and representative of the San Diego-Baja region’s multicultural population. 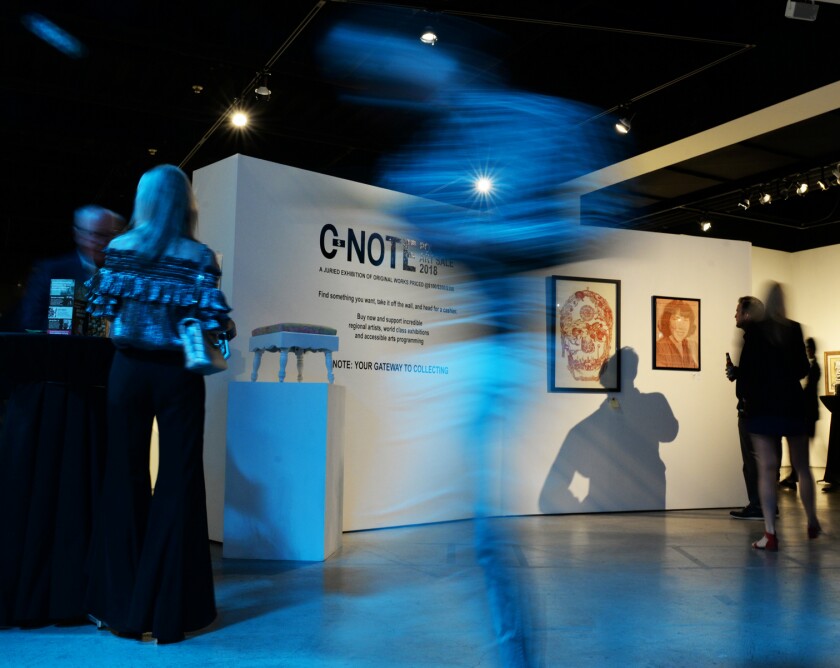 “One of our core values of the new organization is to be relevant. And to be relevant, you’re constantly aware of what’s happening in the world around us, whether that’s migration or social justice or environment,” he said.

“We take these really higher themes and then put them into practice: How can we delve into them in terms of the artwork we’re representing and the public programming we’re developing? Those are the areas in which we felt we were very much united.”

SDAI, founded in 1941, is the only contemporary art museum in Balboa Park. Lux Art Institute, founded in 1998, is a hillside campus in south Encinitas offering indoor and outdoor contemporary exhibitions and installations, classes and artist residencies. 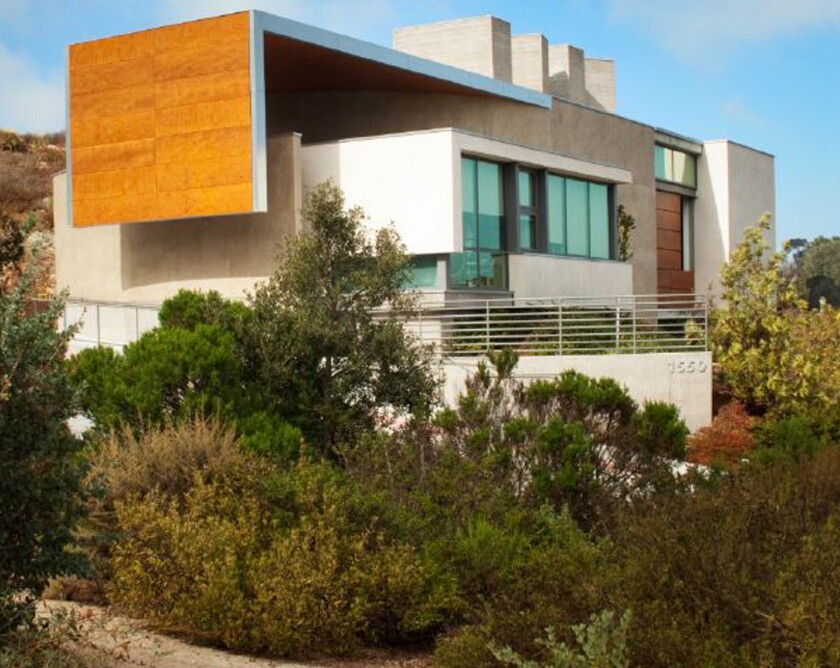 America’s first Institute of Contemporary Art, launched in Boston in 1936, was created as a living laboratory where innovative approaches to art could be celebrated. There are now ICAs in many major American cities, including in Los Angeles. Utt said ICAs have traditionally been established in diverse communities where their programming can create a dialogue.

ICA San Diego joins a thriving local visual arts landscape that in the last decade has begun to strongly focus on — and celebrate — art and artists on both sides of the border.

ICA San Diego’s inaugural exhibition will be the first California show by Mexican conceptual artist Gabriel Rico, opening Sept. 24. Rico’s work will fill a major part of the 6,000-square-foot Balboa Park campus, to be known as ICA Central, and he’ll create an installation for the ICA North campus. To support the Rico exhibit and expand its reach to a wider audience in the future, ICA San Diego will launch a new website later this summer that will be fully bilingual and accessible for people with disabilities. 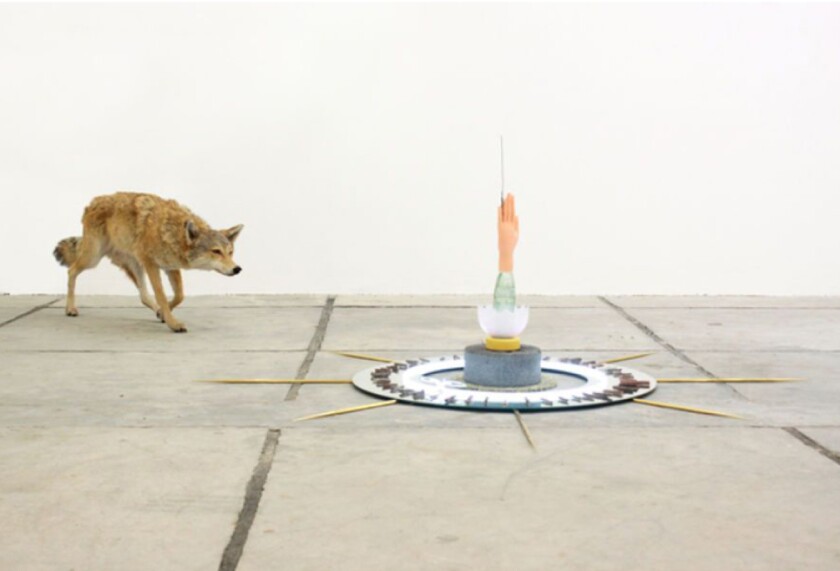 “Who reckons the close of his life among the boons of the nature (The Jealous God),” a 2018 work by Mexican artist Gabriel Rico, who will be the first featured artist at the newly formed Institute of Contemporary Art, San Diego.
(Courtesy photo)

Rico said his exhibit, which will examine the region’s natural and man-made world in a surrealistic, anthropological style, will have a strong connection to San Diego County.

“Art acts like a bridge and is a language all of us can understand,” Rico said in a statement. “I am excited and very honored to present at the ICA, a new pluralistic space for dialogue and to explore our humanity together — not our Americanity or Mexicanity, our humanity.” 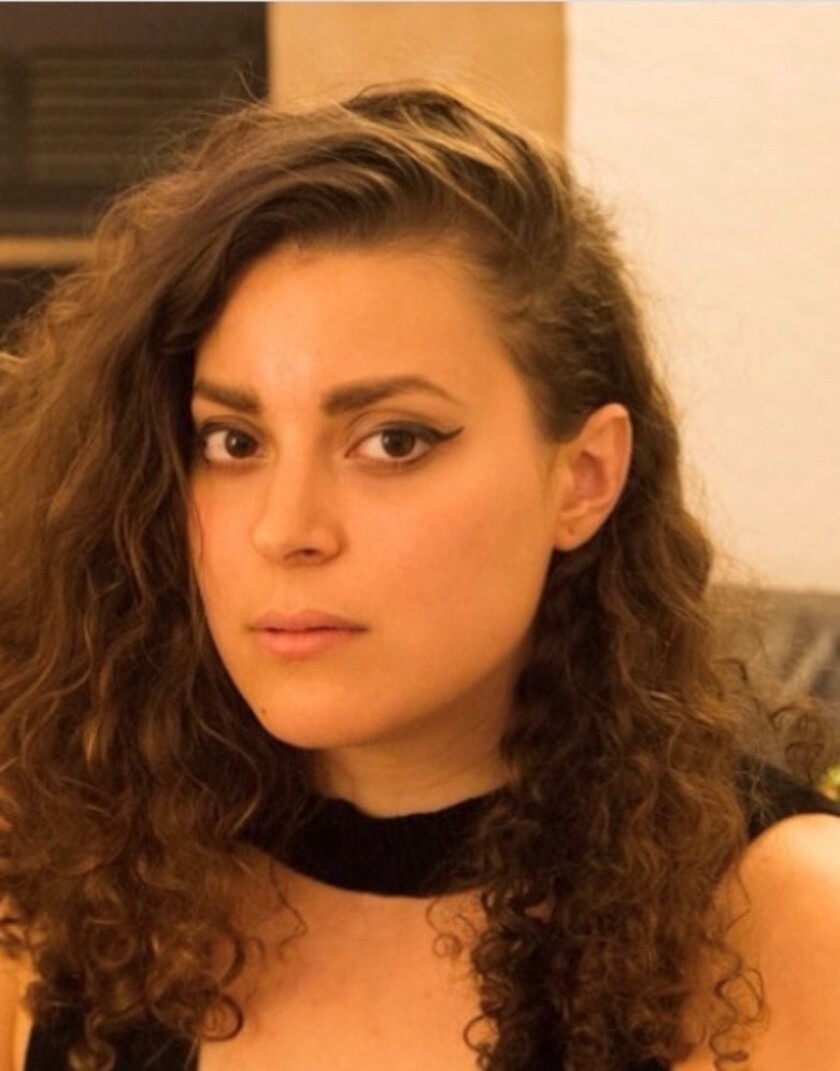 The creation of ICA San Diego is exciting news to San Diego contemporary artist Yasmine K. Kasem, who is Muslim, Egyptian-American and queer. She’s excited that ICA San Diego will offer free admission to increase access to all, and she’s grateful for its commitment to both diverse and emerging artists whose voices, she said, “have been left out canonically in art.”

“Contemporary art is really wonderful in the way it broadens discussion on society, on people on their stories and perspectives,” said Kasem, a Golden Hill-area resident who earned her master’s degree in fine art from the University of California San Diego in 2019.

“It’s hard to find artists and artwork that speak to my identity. When I do see that perspective, it’s incredible, and I totally connect to it and feel seen. Making art and diverse voices more visible doesn’t only make the museum look good, it also elevates the voices.” 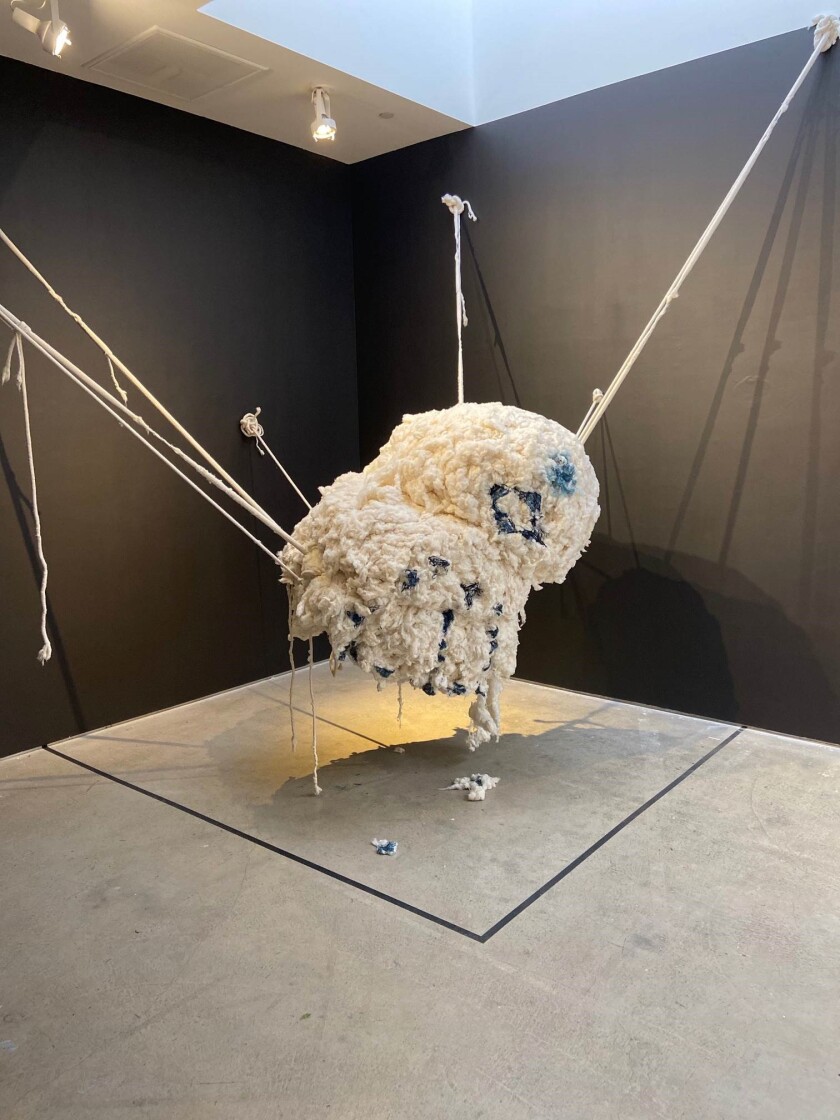 Although the pandemic has been devastating financially for both SDAI and Lux over the past year, Utt said he and SDAI’s former executive director Jacqueline Silverman started talking about joining forces well before COVID-19. In early 2020, they had agreed to team up on an artist residency, but the pandemic scuttled those plans.

“As a result of COVID, that was not possible, but we continued to have discussions about other ways to partner,” Utt said. “That evolved into how can we come together united as an organization to help support contemporary art in San Diego.”

Silverman left SDAI last summer, and the two museums’ boards began working together on a merger agreement that was finally approved last month.

The merger is being supported by a grant from the Sahm Family Foundation, whose longstanding relationship with Lux can be traced to a $1 million donation in 1998 from the late San Diego philanthropist Alice Ramona Sahm, who joined Lux’s board as president that same year.

None of the combined museums’ current staff — 10 full-time and 15 part-time employees — will be laid off. Utt, a Clairemont resident, said ICA San Diego won’t have a central administrative office, as all employees have found over the past year that they prefer working from home. 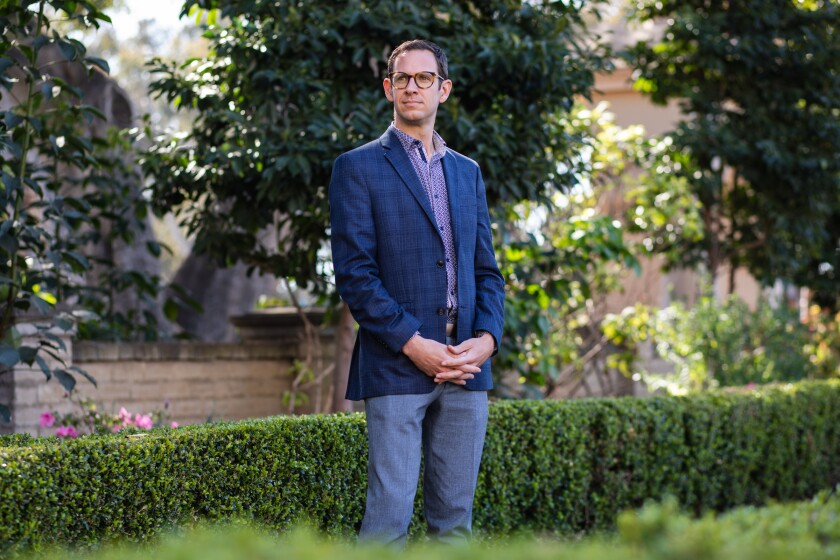 Karen Gilbert, now chair of SDAI’s’ board, is the new board chair for ICA San Diego. She said in a statement that she’s excited that the new institution will present the “most experimental and innovative art in San Diego County.”

Linda Brandes, current board president for Lux, said in a statement: “This is a wonderful new chapter in the cultural life of San Diego County.”

While the two ICA campuses will collaborate on exhibitions, they will have different specialties. ICA Central in Balboa Park will be dedicated to solo and group exhibitions, classes and public programs, while ICA North will continue to provide artist residencies, classes and workshops with an expanded focus on exhibits, commissions and site-specific installations. Until they launch with a unified vision in September, both museums will be hosting separate exhibitions that were planned before the merger vote.

Utt said the pandemic was a blessing in one way. It forced the museums’ staffs to rethink how they interact with the public. Last year, SDAI launched an online regional arts marketplace to help sell the works of local artists. And two days after the shutdown order in March 2020, Lux transitioned from onsite visitors to virtual walk-through exhibits and webinars, where 55 percent of online attendees were from outside San Diego County, Utt said.

“COVID allowed us to really think beyond what we were doing as organizations and think beyond our space,” Utt said. “We’ll be pushing the boundaries of what people might expect from a museum, but also the other side, which is really understanding how those programs affect our community and translating that into something new.”

A contemporary arts space in Encinitas.

Highlights: The first California presentation of Ebony G. Patterson (b. 1981 Kingston, Jamaica); new work by international artist Jorge Pardo (b. 1963, Havana, Cuba); and the photography and installation of the collective Kahn & Selesnick (b. 1964, New York/London)

The only cultural institution dedicated solely to experimental contemporary art in Balboa Park.

A living laboratory of art and ideas dedicated to new, experimental art and education in Balboa Park and Encinitas with a combined 15,000 square feet of exhibition and education space and 6 acres of outdoor sculpture land.